Special Olympics organised a series of high–profile public events for The Ball in 16 countries in Sub–Saharan Africa. The events featured Uniﬁed Football, where mixed teams comprise players with and without intellectual disability. People with special needs were very publicly seen to be included in sport without prejudice. 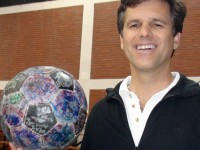 The events were publicised widely and were attended by political leaders who pledged their support on national TV. Corporate involvement in events has led directly to the formation of new partnerships for Special Olympics, for example with Precision Air in Tanzania.

Participation in the initiative by Special Olympics staff and volunteers has led to the strengthening of internal communities while press coverage through The Ball has helped to kick–start the Special Olympics Global Football Initiative.